by Suzanne Chazin | Resources for Writers 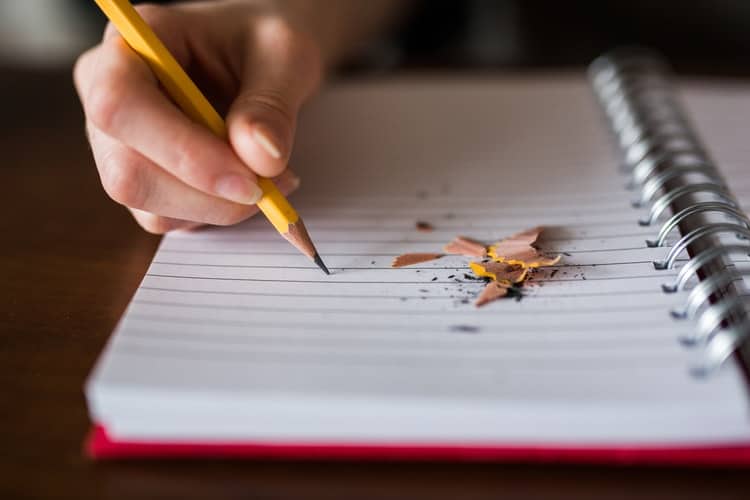 I recently started the first draft of a new novel. This instills in me all the self-confidence of two virgins in a MINI Cooper. I’m sweaty and awkward. I don’t have a clue where anything goes. And I’m already questioning my choice of vehicle.

First drafts are scary. There’s so much expectation—and so much disappointment. Scenes lumber off in the wrong direction. The writing feels clumsy and artless. The story confuses. Or worse, it bores. I compare the well-dressed prose of authors I admire and cringe at my own naked and brutish words.

And I want to hit “delete.”

It’s easy to lose faith. I should know: my first attempt at a novel still sits—half-finished—in my file cabinet. I’ve since published three novels. Yet I have never been able to summon the courage to go back to that manuscript.

I know a lot more about writing first drafts than I did then but I still struggle on every page. Through trial and error, I’ve found a few things that have helped me get over the rough spots:

1. Write a book the same way you would enter a relationship

You and your characters are going to be together for a long, long time. (If it’s a series as my first three novels were, it could end up lasting longer than many marriages). You’ll probably end up dreaming about your characters, driving around with them—and yes, even showering with them. So it’s worth spending a few weeks getting to know them before you commit to a long-term relationship. If you have to dump somebody, it’s a lot easier to do it before they’ve taken up residence in your novel (or your apartment, for that matter).

I was a journalist before I became a novelist and I would never have considered writing a profile of someone before I followed them around for several days and asked a lot of annoying and deeply personal questions. Why should fictional characters be any different? At least a third of my own dilemmas in first drafts spring up because I’m not quite sure what a character would do in a given situation.

Try not to talk about your ideas until you’ve finished a first draft. Ideas are fragile and tenuous at this stage. Even well-meaning friends and family members can sink them with off-handed comments (“I saw that same idea in a movie last year”) or unsolicited advice (You know what you should write about…”)

The only thing worse than having friends hate your idea is having them love it. Remember, they don’t love what you’ve written; they love what they think you are about to write. In other words, you’ve just gone from being the architect of your manuscript to the contractor—building to someone else’s specifications. Let them react to what you’ve written, not to what you intend to write.

3. Tread softly into the black hole of “research”

It is so deliciously tempting to Google some minor point in a first draft and two hours later find that you have read three articles and four Wikipedia entries on stuff that will never find its way into your book. Internet research can gobble up your time in unproductive ways. So can answering mail. And writing your blog. If you have to do them, tack them on when you are just about ready to close down for the day. Never kid yourself into thinking that you’ve worked on your book when all you’ve done is Google whether the Kardashian sisters have had plastic surgery.

4. Write like you’re going to train your dog on it

I like to trick my inner editor when I start a new novel. I tell my inner editor I’m not writing a book at all. I’m just “playing around.” It doesn’t matter if it’s bad because it’s not “for real.”

To keep up the ruse, I don’t begin novels when I have three hours to write. I begin when I have twenty minutes (this applies whenever I get stuck on a first draft as well.) I try to write as much as I can in that time frame without reading it.

I don’t create a new word document. I write on an existing one. Or better yet, an index card or the back of a flyer advertising $50 off plumbing services (all the better to dispose of).

Of course, this presumes you can distinguish your “bad” work from your “good.” But perhaps not. I had an art teacher at Northwestern University named George Cohen who once instructed every student to paint the “best” painting he or she could create. In the next class, Cohen asked every student to paint the “worst” painting. Then Cohen papered the room with all of our artwork and asked students to vote on the best pieces. About 75 percent of the pieces voted as “best” were the ones we had painted as our “worsts.” So this is another argument for not concentrating too much on the quality of your work: you may be a bad judge of it anyway.

5. Remember that all problems are fixable—just not in the first draft

How many times have you read a book and said, “there’s no way the protagonist can get out of this mess.” And then he or she does. Sometimes, the writer comes up with a very clever solution (I hate those writers). Most times, the solutions are more prosaic. But they help to remind me that when I feel that my manuscript’s problems are intractable, they aren’t. I just haven’t figured out the solution yet. It always comes—but usually not in the first draft. That’s why I need to finish the first draft. I will never get it right until I first get it down.

Above all, have faith in yourself. You started this. You can finish it. Don’t worry about what comes in between. To build a smooth road, you always have to start with a pile of rocks.